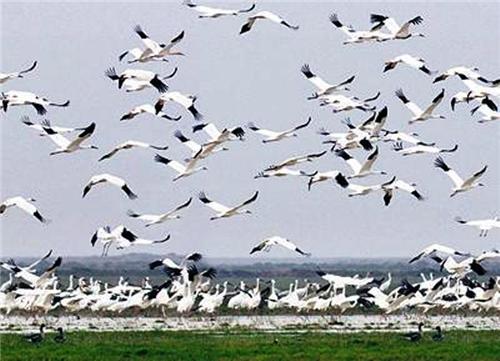 The land that beholds the mysteries of the Rajputs and the most dedicated devotee of Krishna attracts travelers from far across the planet. Rajasthan is truly an amazing place with so many surprises, from Meheran Garh, the golden desert ( that stretches for thousand miles), the Chittor Garh to the famous bird sanctuary. Bharatpur is no doubt one of the biggest attractions for the travel enthusiasts visiting this state. It is better called as the eastern gateway of Rajasthan.

Maharaja Suraj Mal unveiled this city in 1733. Situated in Mewat region, Bharatpur was once a well-fortified, impregnable city and the capital of the Jat Kingdom. The trio Bharatpur, Dholpur and Deeg played crucial role in making Jat history in the state. It is the administrative headquarters of Bharatpur district. The city is known for the boldness and bravery of its kings and common people. Some call it as iron city. Gambhir, Rooparel and Ban Ganga are the three major rivers that surround Bharatpur. 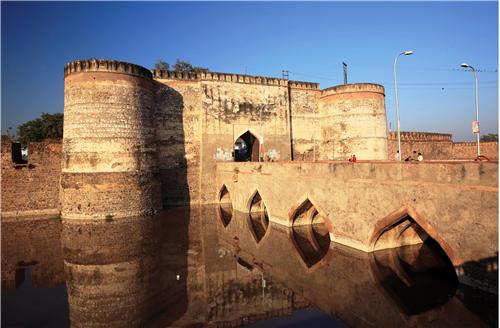 It is popular for the Keoladeo Ghana National Park. It is ranked as one of the best bird sanctuaries in Asia. Rare Siberian cranes take shelter in this wonderful nature park during the winter season. It is really an eye-soothing sight for all the nature enthusiasts. The place transforms into a paradise when more than 400 species of water bird flock and chatter all together. This nature’s wonderland was declared as a reserve for bird in the year 1956 and later became National Park. Moreover, it has been listed as a world heritage site by the UNESCO.

Apart from the famous bird sanctuary, the city presents some other historic structures, like forts and palaces. The Lohagarh Fort or the Iron Fort, Fateh Burj and the Jawahar Burj are notable spots that can hardly be missed if you are visiting Bharatpur. The fort stood strong during many British attacks. Apart from these, the government museum inside the fort also allures lot many travelers. It depicts many precious and valuable things used by the Jats and other rulers. The famous Rajput Palace is a proof of Rajput and Mughal architectural brilliance. The design, texture, color, structure brings a feeling of the bygone era and tell the tales of the rulers. Moti Mahal, Kishori Mahal, Jawahar Burj, Ganga Mandir, Laxmi Vilas Palace, Nehru Park, Laxman Mandir are some other attractions of the city.

Summers in Bharatpur are hotter and temperature reaches its pick during the month from April to June (38o C to 45o C). People enjoy the first shower of the year in the month of July and the temperature lowers to about 27o C. Months from October to March bring chilly breeze and make the region cool.

The emperors of Bharatpur claim to have been Yadavas, the descendants of Lord Krishna. Bharatpur has a flavor of the amazing past and contributes to the rich history of Rajasthan. The history of the city includes the rise and fall of the Jat dynasty. Rulers like Suraj Mal, Badan Singh and Churaman dominated this region. The place was named after Bharat, the brother of Lord Rama. The city unfolds many events and incidents of past. It might take you on a roller coaster ride into the mysterious history of the rulers.

Bharatpur presents the entire palate of Rajasthani dishes to satisfy your appetite. Traditional cuisines are prepared by experts and the travelers can hardly miss the chance of tasting them. Apart from conventional Indian foods, the city offers large varieties of fast foods. From well-decorated, high priced restaurants to local food joints, every option is available for the food lovers.

Fairs and Festivals in Bharatpur

Bharatpur basks in the cultural aura during the festive time. One of the most prominent and popular festivals of the city is Gaurav Mahamna or the Brij Mahotsav that is held during the month of February and March. Jaswant Exhibition during Dussehra is another attraction for the locals. Gangaur festival that is celebrated during July and August allures not only the locals but also the travelers coming across the world. Teej is no doubt a big occasion for celebration among the people of Bharatpur.

Connectivity with Other Cities

The city is well connected to other parts of the country. Air connectivity is the best option for you if wish to reach the place as soon as possible. Nearest airport is situated about 55 km away in the city of Agra. Apart from it, Jaipur airport is also there to make your trip to Bharatpur successful. Bharatpur is connected to almost all the major cities by rail. There are several local as well as express trains that run from the city. Road connectivity is perhaps the best option for people staying in other parts of Rajasthan. It has well-connected roads to different neighboring cities.

The town is crowded with various types of accommodation options, from hotels to heritage resorts. Chandra Mahel Haveli, Kakaji ka Kothi, Bharatur Forest lodge and many more to found in Bharatpur. In a nutshell, the place doesn’t disappoint anybody. It has various options when it comes to accommodation.