Also known as ‘Jal Mahal’, Deeg Fort in Bharatpur is known for its intrinsic and beautiful architecture. Deeg is a small town and municipality in the district of Bharatpur in Rajasthan. In 1722, under the leadership of Badan Singh, Deeg became the first capital of the newly built Jat State in Bharatpur. However, later Maharaja Suraj Mal shifted the capital to Bharatpur and Deeg became the second capital of this princely state. The town is known for its several beautiful forts, palaces, fountains and gardens. 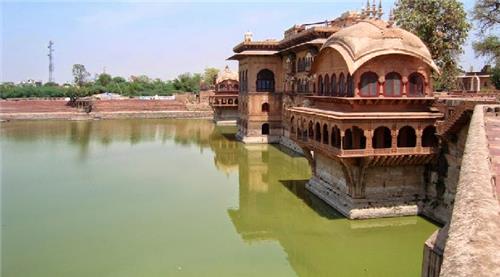 Constructed in 1730 by Maharaja Suraj Mal, Deeg Fort is one of the most popular tourist spots in the state of Rajasthan. Known for its unique architecture, the fort is surrounded by a wide shallow moat, which also helped in protecting the fort against enemies.

With an exceptional structure, Deeg Fort is basically a cluster of small palaces, which are spread over a huge area. The outer walls of the fort are about 8 kilometers in circumference with some them as high as 28 meters. With 10 entrance gates and 72 bastions, the gateways to the fort are sheltered with anti-elephant strikes.

Some of the most impressive features of this fort include the twelve grand towers surrounding the fort, which are each fitted with heavy cannons that can easily shoot any approaching enemy. The largest of the tower, located in the northwest corner of the fort, is known as Lakha Burj, whose cannon is preserved till today. 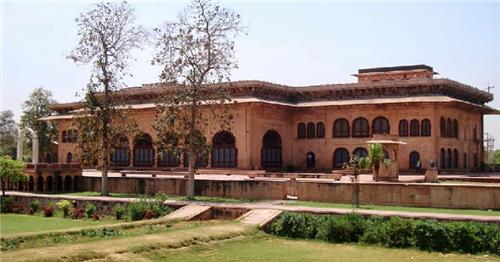 Upon entering, visitors will first encounter the biggest palace in the fort – Gopal Bhavan. Also known as the Kings’ parliament, this huge two storey building served as a place for meeting visitors and conducting consultations with the royal administrators. This palace also consists of a huge bedroom on the first floor, which was used for the purpose of relaxation by the king.

Adjacent to the Gopal Bhavan, one can find two small pavilions – Sawan and Bhadon Bhawan, which were mainly used for recreational purposes by the king. There is also a huge swing situated over here, which was initially brought over from Red Fort in Delhi. According to the legends, the swing originally belonged to Nurjahan, wife of Mughal Emperor Jahangir. 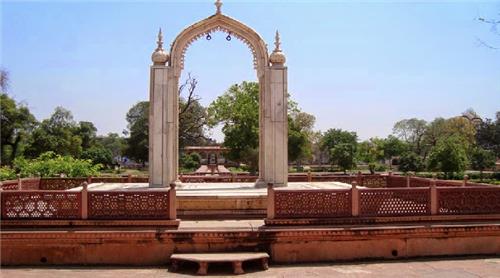 Since any fort in our country cannot be complete without a special palace for the queens, therefore from one of the windows of Gopal Bhavan, one could easily spot the palace that was used as residence by the queens, known as Suraj Bhavan. Initially built using sandstones by King Surajmal (later it was decorated in marbles), Suraj Bhavan has the most magnificent architecture in the fort. However, entry to this palace has been sealed for the visitors.

Besides the above two, other popular palaces in the fort include Nand Bhavan, Keshav Bhavan, Sheesh Mahal, Kishan Bhavan and Purana Mahal. Collectively known as Deeg Palace, all of them are equally beautiful and popular among the tourists.

Apart from several palaces, the fort is also known for its wonderful network of gardens and fountains, which are built according to the famous Char Bagh style of the Mughals. All the gardens and fountains in the fort are well maintained by the authorities till today and are also very popular among tourists for picnics. 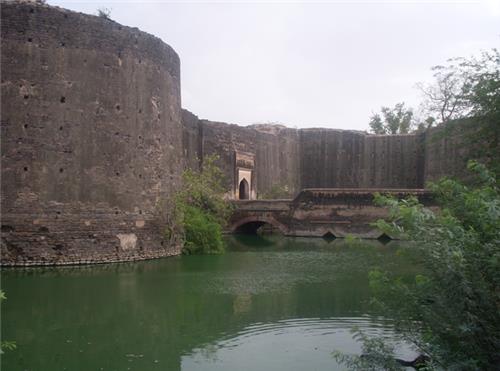 The best time to visit these fountains is during the month of September, when a week long fair is held over here. During that time, packets of colors are inserted in the fountain canals, thus creating a beautiful colorful environment for the visitors.

How to Reach Deeg Fort

The best way to reach the fort is to take a day trip from Agra or Mathura, which is only one hour by road. Alternatively, one can also take a train to Bharatpur Railway Station and from there, several taxis and auto-rickshaws are easily available, which can transport the visitors to the fort.